There may be no activity I enjoy more than events that allow me to stroll from booth to booth eating way more food than necessary, and Epcot’s Festival of the Holidays is no exception.

While Epcot has always been the park known for it’s annual events and festivals, it wasn’t until recently that food has become a focal point for other festivals other than Epcot’s Food & Wine. But we’re not complaining! After all, it’s the holidays; and food does bring people together.

This was one of the first Holiday Kitchen’s we stopped at, as I had already had my heart set on the Bûche de Noël au Chocolat: Slice of Chocolate Christmas Yule Log. Despite the fact that it felt like we were walking around New York in the middle of December, I decided to pair it with a Spiced Rum Punch Slush. This drink was already a bad decision considering how cold I was, but I wasn’t a huge fan of the flavor either, which essentially tasted like kool-aid topped with cinnamon. The Yule Log however, was out of this world. The cake was perfectly moist, and the filling which tasted like a very rich dark chocolate was sweet and flavorful without being overbearing. If it were possible, I’d have ordered the entire log.

The American Holiday table offerings provide a lot of nostalgic holiday options. Though considering that I was living off Thanksgiving leftovers for a food portion of the week before our Disney trip, this wasn’t much of a throwback Thursday. While these dishes aren’t anything wildly innovation, it’s the simplicity of these classic dishes that made them so memorable. They turkey and pork were cooked well; and the green bean casserole, complete with fried onions, was delicious. Another benefit of the American Holiday Table is the portion size, which is decently larger than many other small plates you’ll find during both the Festival of the Holidays and Epcot’s Food & Wine. This pavilion definitely gets your more bang for your buck. 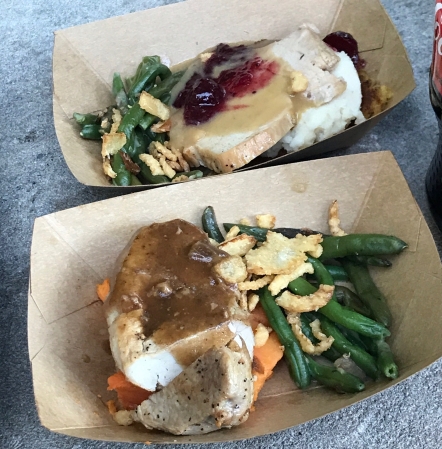 German cuisine has always been one of my favorites; this might be because I’m more than a quarter German, or because Biergarten provides some of the most delicious food on Disney property. Safe to say, there was no way I was passing by the Bavarian Holiday Kitchen empty handed. While the cheese plate was calling my name, and you can rarely go wrong with cheese fondue, I ended up deciding on the Sauerbraten, Red Cabbage and Spätzle option. The vinegar taste was strong with this one, so this dish was easily a clear winner for me; and the Sauerbraten, a.k.a German Pot Roast, was falling apart the way a pot roast should and was saturated with flavor. And of course a hard cider was the perfect drink to wash it all down with. 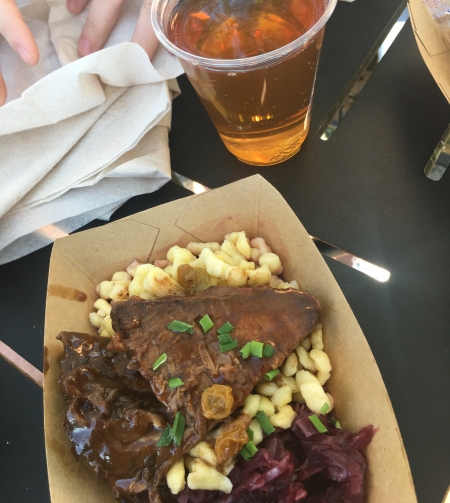 It doesn’t get more festive than inhaling a day’s worth of calories in cookies, and it’s pretty hard not to considering how many cookie varieties are offered a the Cookie Nook. My pick was the Sachertorte, a chocolate cake with apricot jam and a dark chocolate glaze, because how does on pass up on a description like that? But the chocolate chunk cookie was tasty, and the snickerdoodles were just as delicious as the one’s you’ll get your hands on at Mickey’s Very Merry Christmas Party. The Snowflake Sugar Cookie was easily the most surprising though, as it was so much more moist than I anticipated and despite being topped with a thick layer of frosting, still managed to not be too sweet.

Feast of the Three Kings

I was the most excited for Feast of the Three Kings for three reasons: coquito, yuca, and shredded beef. Unfortunately the coquito didn’t live up to expectations whatsoever, but coming from a half Dominican family I have drank my body’s worth in good coquito. Fortunately, Festival of the Three Kings provides food that is just as delicious and mouth-watering as the Islands of the Caribbean pavilion during Epcot’s Food & Wine Festival. Shredded Beef Tamale with Avocado Crema and Cilantro Rice was super filling, though it didn’t stop us from clearing the entire plate. And the Roasted Pork with Smashed Yuca and Pickled Green Bananas was so packed with flavor that we had to stop ourselves from ordering a second.

I originally stopped as Las Posadas strictly for a Frozen Kahlua Coffee Margarita, but while waiting in line I couldn’t help but stare as fellow customers as they walked away with their picks. So naturally, despite how full I was, I walked away with a coffee margarita and a Tamal de Chilorio, made up of slow-roasted pork shoulder, marinated in Ancho Paste and stuffed in a corn masa. The corn masa was the perfect consistency and the toppings of queso fresco and crema added a lot to the flavors inside. It just goes to show that during the holidays, your stomach is just as big as your eyes. 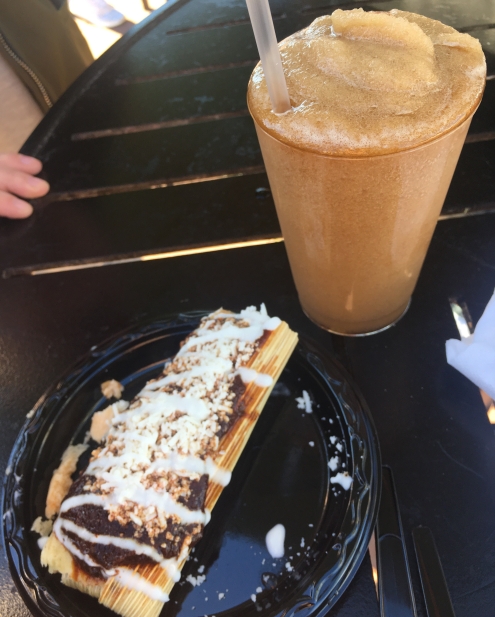 The Shanghai Holiday Kitchen left us the most indecisive and so we decided to just go down the menu, which I do not regret one bit, partially because it meant we got an couple extra fortune cookies. The egg rolls were filled with a pork and vegetable combination which will taste very familiar to those who frequent Chinese restaurants, though these were much less greasy than you may experience elsewhere. The Chinese bbq pork was a bit chewy in spots, but the sauce was delectable and was great to mix into the rice. But the clear winner at the Shanghai Holiday Kitchen was the Mongolian Beef Bao Bun. Oddly enough, this was the one we didn’t expect much from but if Disney bottled and sold whatever it is they cook their beef in, I’d buy it by the bottle. 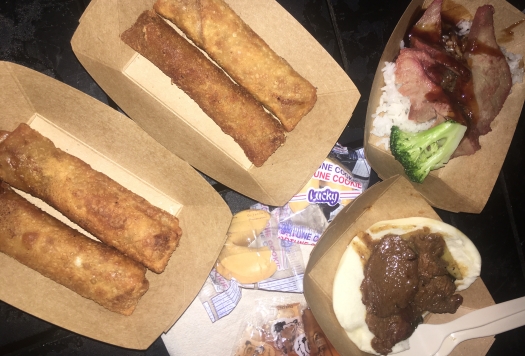 Though they may make for the most aesthetically pleasing photo, the Crespelle di Mele at the Tuscany Holiday Kitchen are worth tasting. These cinnamon apple fritters are drizzled with powdered sugar, vanilla sauce, and a chocolate caramel sauce; though they’d be fine on their own. They made for a sweet, yet not too sweet dessert, which I love, and the warmth of this snack was great on such a cold day.

What festivals have you been to at Epcot?

What experiences or treats were your favorite?